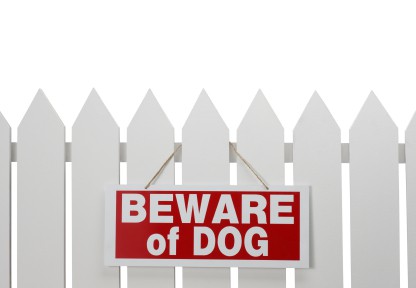 Choosing a security guard dog is a very difficult decision and one that requires a lot of research. In order to provide you with a starting point, we want to introduce you to some of the best-recognised guard dog breeds. We will also let you know a bit about what you can expect from owning that particular breed. That way you can be sure to choose the dog that will fit in with your family and lifestyle. When most people think of guard dogs, German Shepherds are often the first breed that comes to mind. Known for their obedience and intelligence, these dogs are commonly used by the police and military. Although they can be very easily trained, this breed of dog requires a lot of exercise to keep them from becoming destructive. One final note about German Shepherds, they have extremely quick reactions when they sense danger, and protection comes as second nature to them. They also have a softer loving and loyal side, ideal for a family environment. Up next is the Doberman. An incredibly protective breed of dog that was originally bred to be aggressive. Although nowadays they have better temperaments and are considered a loyal family pet. Dobermans have a particularly frightening look about them as they are often actively looking for dangers or threats. Like the German Shepherd, exercise and social activity are vital as Doberman’s without social skills can be aggressive. Although we may have painted them out to be quite frightening, they are known for their friendliness too. 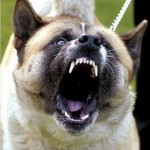 In third position, we have the Akita breed which can also be known as the bear dog. The Akita is able to hunt bears, so keeping you safe is something they can do well. But, they come with a few flaws, they are incredibly territorial, they can be known for their aggression and lack of fear. They also malt a lot, their fur is suited to the Arctic and is very dense. They also need a lot of exercise to remain focused. Despite this, they can become a loyal part of your family, although generally they are not recommended as pets. So if you live with or are around children often, it is probably best to consider a different breed. 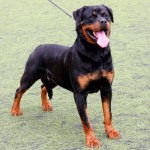 The Rottweiler was bred by farmers to protect their cattle. Like the German Shepherd, they are known for their intelligence and are incredibly strong. Naturally, these dogs are on the lookout for trespassers on their turf, so encouraging them to guard is not necessary. They require a lot of exercise and socialisation if trained well they can make great pets too. Finally, don’t let their bark put you off, they may do this every time someone comes to the door, but it’s a good warning to any undesirables. They will stop when they realise the person is welcome and no threat. Our final dog is the Rhodesian Ridgeback. Like the Rottweiler, encouraging these dogs to guard is not always necessary. This is because they are very protective without encouragement. Training is vital for these dogs and therefore not recommended for inexperienced dog handlers. For those looking to keep a security guard dog as a pet, the Ridgeback is a viable option, but only if it has plenty of training and socialisation.

In summary, think long and hard about whether you actually need a security guard dog or a pet. Dogs are hard work, you can’t have a day off from looking after them and they command a lot of time and attention. Not to mention the potential vet and food bills! These are big hungry dogs and can literally eat you out of house and home. They are a long term commitment and not something that should be considered lightly. Also, consider rehoming a rescue dog or failed Police canine. Most of the training will have already been done to Government standard, they may just not show enough aggression or can’t jump fences – no big deal to you and me.